What You Need to Know About Syllables

What is a Syllable?

A syllable is a unit of sound containing one or more letters that creates a vowel sound.

How words are pronounced gives us a good indication of the number of syllables in a word. Usually, the spoken vowel sounds contain a written vowel or vowel combination. (Some exceptions include words like “rhythm,” where two vowel sounds are heard.) Words can have one or more vowel sounds.

How is this helpful when learning to read and write?

Hearing the vowel sounds in words and knowing they usually contain a vowel or vowel combination is applied to the process of learning to read and spell.

It’s all about pronunciation! (… and lots of practice playing with words.)

How to Divide Words into Syllables

How many Syllables? What are some examples?

These words are “monosyllabic.”

These words are “disyllabic.” (avoid “bisyllabic”).

These words are “trisyllabic.”

There are 6 Syllable Types

A Closed Syllable (VC) has a single vowel and ends with a consonant. The vowel has a short sound.

An Open Syllable (V) ends with a single vowel. The vowel has a long sound.

The Split Digraph or Magic ‘e’ Syllable (VCe) ends with a consonant and a silent ‘e.’ It has a long vowel sound.

An R-controlled Syllable (VR) has a syllable followed by a single letter ‘r’. The sound is an ‘r’ controlled vowel.

A Consonant-LE Syllable (CLE) is an unaccented final syllable with a consonant followed by ‘le.’

Is there a resource available to help?

If you are looking for ready-made pictures to sort, be sure to check out Sorting Activities from Primarily Learning.

Another great hands-on activity is How Many Syllables? Peg-It! by Primarily Learning.

Wishing you a great day! 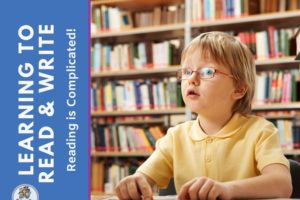 Learning to Read and Write is Complicated!

Have you ever thought about what a child needs to know to learn how to read and write? 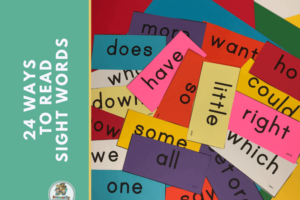 Sight Words are needed to create phrases and sentences. 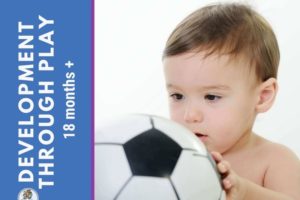 My Toddler is 18 Months Old!

At eighteen months of age, your child is observing and watching the world!

Your email is safe with us.

This site uses Akismet to reduce spam. Learn how your comment data is processed.

I love getting kids excited about learning…  and sharing early literacy ideas with fellow teachers! I provide information and activities to maximize each child’s learning potential as they learn to read and write.  I enjoy helping parents and teachers in my roles as a Literacy Specialist, Professional Jolly Phonics Trainer, or Published Author. (Scholastic NY, TPT, Jolly Learning)

We welcome any comments, or questions. Please do not hesitate to contact us. Thank you for visiting Primarily Learning.

Build strong readers with easy to use resources! Primarily Learning

Type and press Enter to search

This website uses cookies to improve your experience while you navigate through the website. Out of these cookies, the cookies that are categorized as necessary are stored on your browser as they are essential for the working of basic functionalities of the website. We also use third-party cookies that help us analyze and understand how you use this website. These cookies will be stored in your browser only with your consent. You also have the option to opt-out of these cookies. But opting out of some of these cookies may have an effect on your browsing experience.
Necessary Always Enabled
Necessary cookies are absolutely essential for the website to function properly. This category only includes cookies that ensures basic functionalities and security features of the website. These cookies do not store any personal information.
Non-necessary
Any cookies that may not be particularly necessary for the website to function and is used specifically to collect user personal data via analytics, ads, other embedded contents are termed as non-necessary cookies. It is mandatory to procure user consent prior to running these cookies on your website.
SAVE & ACCEPT